Really pleased with our line up of speakers for 2015/15 and even more so with the national exposure they’ve enjoyed in the last week.

First up on Friday 16 October was Justin Parkinson who was a tea time guest on Test Match Special chatting to presenter Simon Mann about his book The Strange Death of English Leg Spin.  Simon Mann and Justin’s discussion followed in the wake of Adil Rashid’s first innings bowling analysis of 0-163, the worst ever by a debutant in Test match history. Just as it seemed like English leg spin’s death certificate was finally being written the patient lurched violently back to life as the very next day Adil Rashid bowled brilliantly to pick up 5-64, making him the first English leg spinner to take a five-for in a Test match since Tommy Greenhough in 1959.  I don’t think that there would have been many people more delighted than Justin to have witnessed Adil Rashid’s feat. 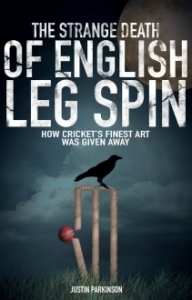 Justin Parkinson was in the news again quite literally on Thursday 22 October when his book was name checked by none ever than Michael Atherton in an article in The Times entitled Will the English ever learn to love leg spin?

Justin Parkinson will be talking about The Strange Death of English Leg Spin at The George Hotel in Norwich on Thursday 14 April 2016 (7.45pm)

Also in the news recently have been the West Indies cricket team following an emotional news conference by Sir Garry Sobers lamenting the state of the game in his homeland.  It was against this backdrop that our February speaker Simon Lister was the tea time guest on Test Match Special on Friday 23 October discussing his book Fire in Babylon with Simon Mann.  Simon’s book charts the period from the mid 1970’s to the mid 1990’s when the West Indies dominated world cricket, a world away from their sad state nowadays as they languish near the bottom of the Test rankings.  It’s a brilliant read which superbly blends sporting and social history and alongside the insights from West Indies legends such as Clive Lloyd, Viv Richards and Michael Holding there are some wonderful recollections from fans of the great side. 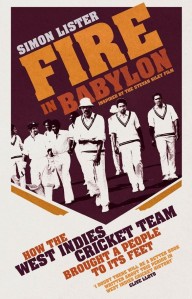 Simon’s tea time TMS chat is available as a podcast for a limited time at http://www.bbc.co.uk/programmes/p0360k5x

Simon Lister will be talking about Fire in Babylon at The George Hotel in Norwich on Thursday 11 February 2016 (7.45pm)