On Wednesday 14th October 2016 (7.45pm) our guest speaker will be writer and novelist Dan Waddell. 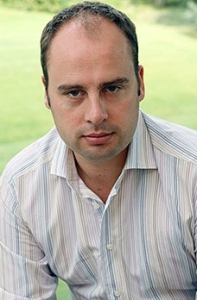 Dan will be joining us to talk about his book ‘Field of Shadows’ which is the true story of the Gentlemen of Worcestershire’s cricket tour of Berlin in August 1937. It’s a tale of triumph, of civility over barbarity and hope over despair, but also of the enduring beauty and calm of cricket set in contrast to the fear and brutality of a regime gearing up for war.

Adolf Hitler viewed cricket as a decadent and un-German sport but somehow, fanatical cricket lover Felix Menzel persuaded the Nazi leaders to invite a crack English side to play his modest band of part time cricketers.
The Gentlemen of Worcestershire were the ill-matched group of Englishmen who were to go out to Berlin, led by former Worcestershire County Cricket Club captain Maurice Jewell, and ordered ‘not to lose’ by the MCC. 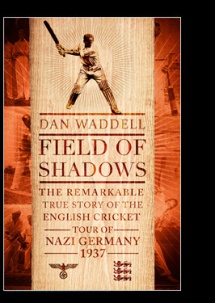 Jewell’s side played three unofficial Test matches against a backdrop of repression, brutality and rising tensions, but despite the shadow being cast by the cataclysmic events which were to follow, the tour proved to be a memorable and remarkable experience for the Englishmen and their German counterparts. It was ten days in which, for those taking part, the politics and tensions faded into the background, and the world was once more a place of sporting passion and good natured camaraderie.

Two years later and many of those involved in the series were engulfed by war. Men such as Captain Robin Whetherly, who served as a special ops agent, and the heroic Peter Huntington-Whiteley, who led the secret assault unit created by Ian Fleming.

Perhaps most remarkable of all was Felix Menzel, a cricket obsessive for the ages. A man who risked life and limb to play cricket under the Nazis and, when the war was done, wandered from the rubble of Berlin with the surviving members of his team to ask a group of astonished English soldiers for a game.

Hope you can join us and Dan to hear more about this fascinating story!

Further information about Field of Shadows and Dan’s other books is available at http://www.danwaddell.net/shadows.htm